A Brief History of the World's 14 Oldest Operating Airlines: Part 2

On December 17, 1903, Orville and Wilbur Wright made history after successfully launching the world's first powered flight in Kitty Hawk, North Carolina. In the decades that followed, aviation evolved into a colossal industry worth well over $2.7 trillion dollars accounting for 3.5% of global GDP while simultaneously becoming intrinsically linked with the world's socio-economic development. 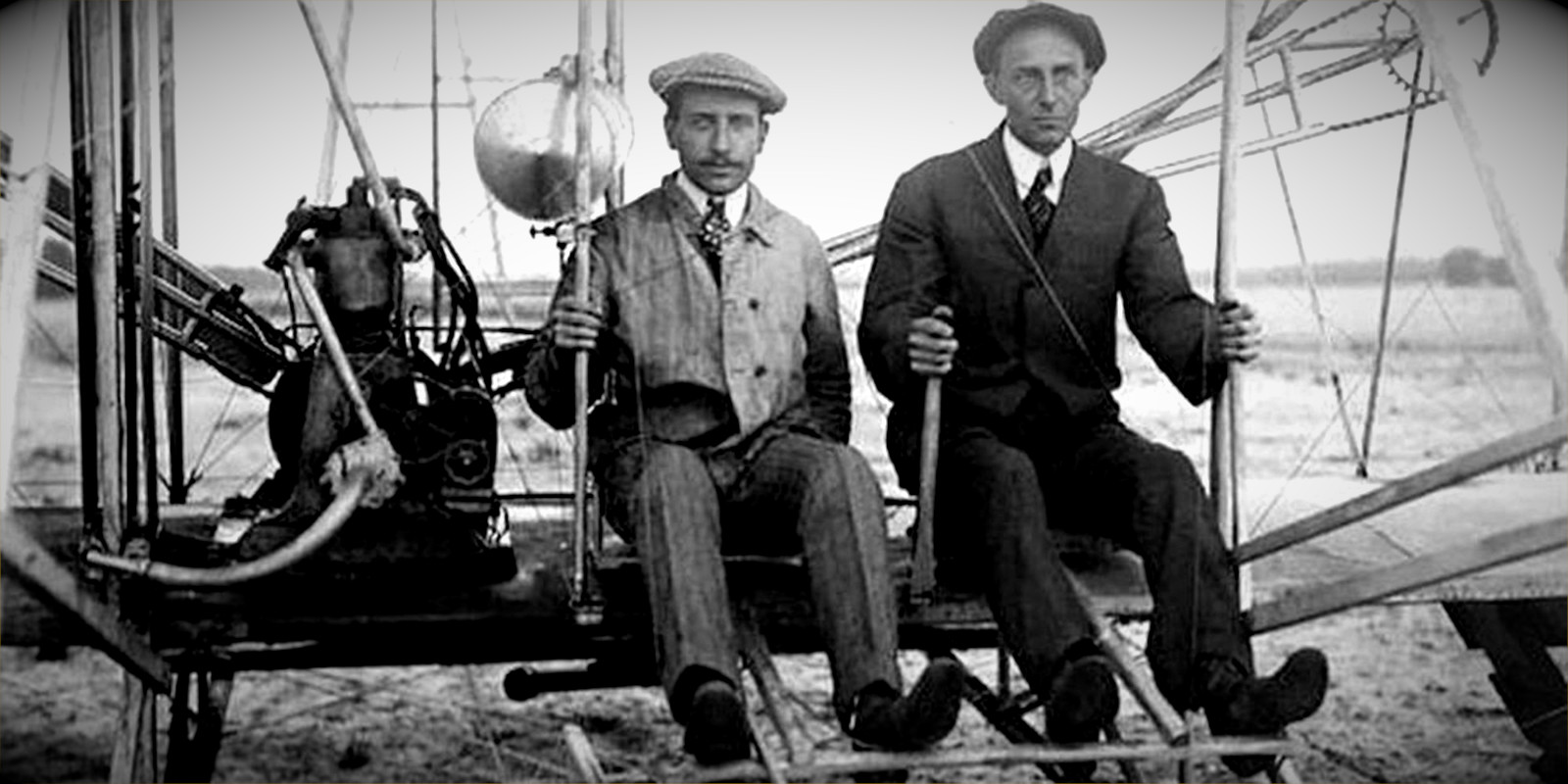 Wilbur Wright and the balloonist Ernest Zens in the Wright Model A Flyer in France (source: CNN)

But after more than a century and millions of flights, exactly which airlines have been soaring the skies the longest and what impacts have they had in their home communities and beyond? Airlines make history every day and this week we're thrilled to bring you the top seven oldest airlines that are still soaring today.

Founded in May 1924 as Huff-Daland Dusters, Delta Airlines began as a crop dusting operation based in Macon, Georgia and was dedicated to helping combat cotton crop infestations. By 1925, it had a total of 18 aircraft, which made it the largest private fleet in the world at that time. By 1928, the company was renamed Delta and it began offering regional flights between Dallas, Texas and Jackson, Mississippi. Throughout the following decades, the fledgling airline merged with a number of other carriers from all across the United States. In 2000, the airline became a founding member of the SkyTeam Alliance. 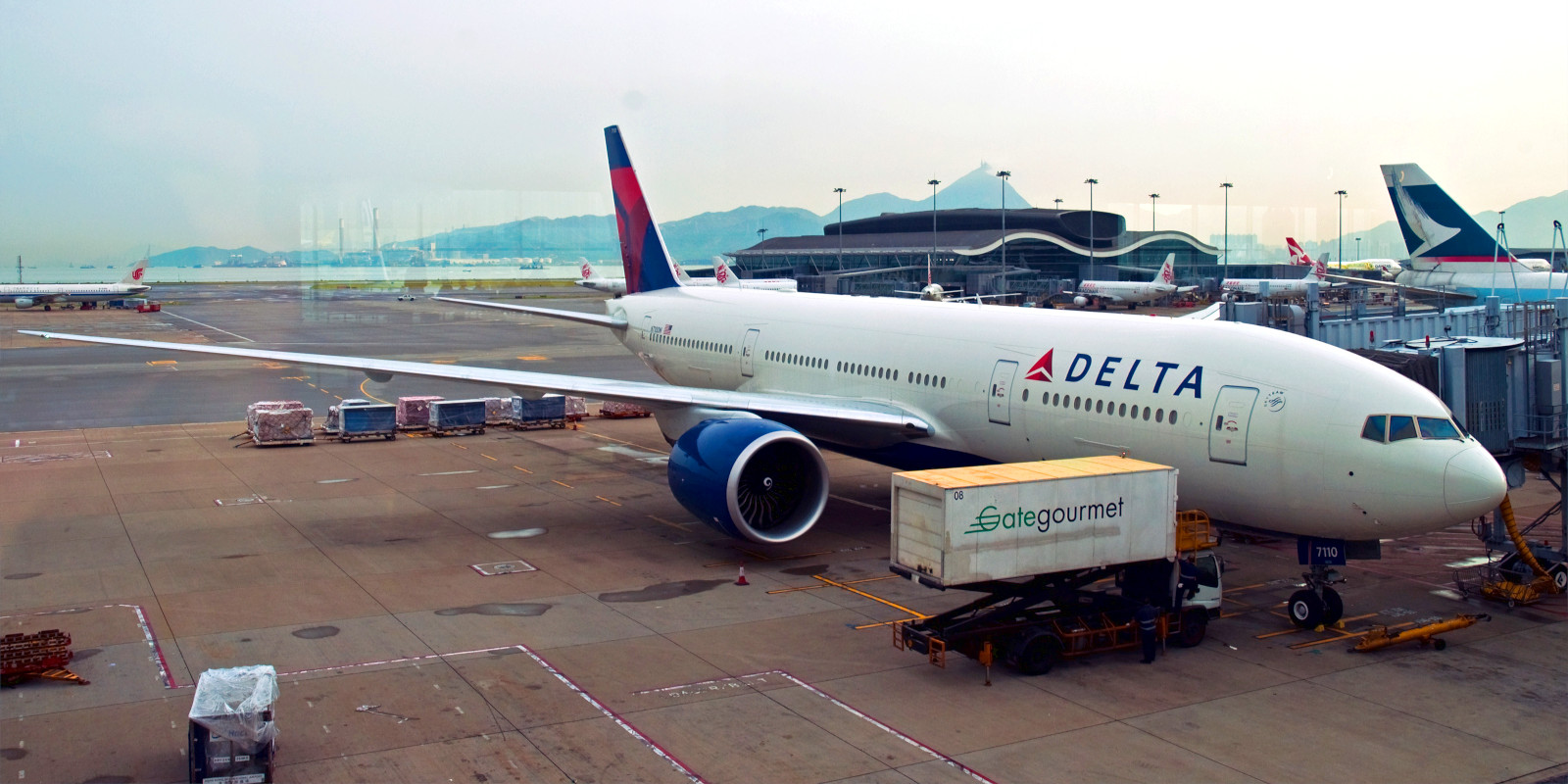 In its most recent history, Delta miraculously flew out of bankruptcy in 2007. It then went on to merge with Northwest Airlines the following year with the objective of creating the world's largest airline. Delta currently operates with an astounding 86,500 employees, has a colossal fleet of 867 aircraft that fly to 325 destinations worldwide.

In 1923, Bruno Lucander founded Finnair as Aero O/Y after partnering with the German company Junkers Flugzeugwerke to create a new airline that featured amphibious seaplanes. Due to the lack of commercial airfields in Finland at the time, the aircraft were engineered to be capable of landing on the ground, floating in water, and even resting atop ice. During World War II, however, half of the Aero O/Y fleet was taken by the Finnish Air Force while the other half was kept busy evacuating citizens to Sweden. Post-war, the airline re-branded itself as Finnair and became the first airline to offer flights from Western Europe to China in 1988. 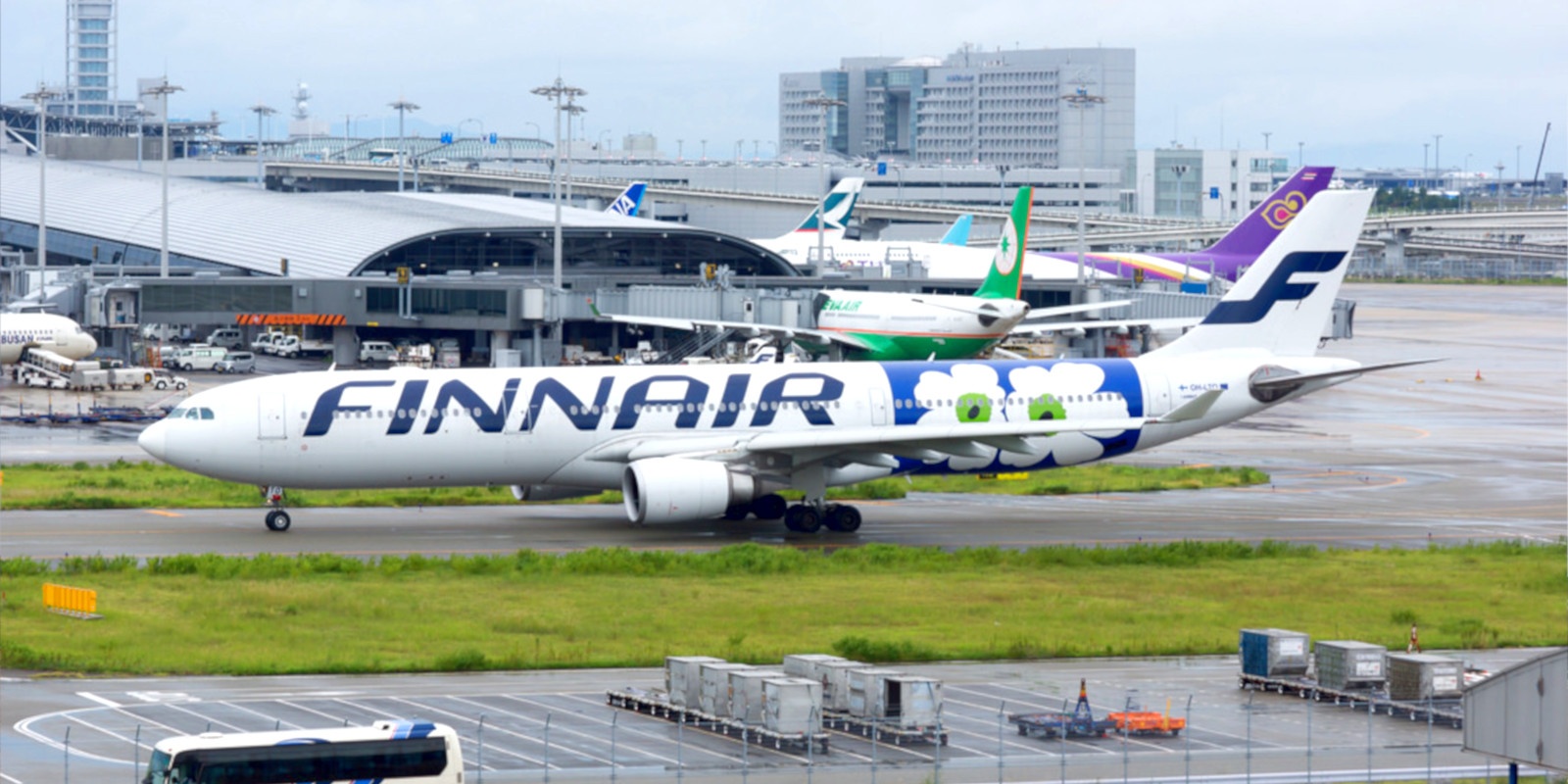 More recently, Finnair has joined the Oneworld Airline Alliance and acquired ownership of the Swedish low-cost carrier, FlyNordic. Nearly 6,000 people are employed by Finnair, helping it bring passengers to 132 destinations with a fleet of 79 aircraft.

Czech Airlines was first introduced to the world in 1923 as Czechoslovak Airlines (CSA) as a regional transport service. After the Czech Coup d'État of 1948, the airline became a tool of the country's new Communist regime and was subsequently outfitted with Soviet-made aircraft. In 1950, CSA became the first victim of mass hijacking by eight former Czechoslovak Royal Air Force members who desperately sought to break through the Iron Curtain. Three of the company's airliners were commandeered and flown to an American air base in Germany. The Western forces granted political asylum to the passengers of the three planes, including the hijackers; however, some chose to return to Communist Czechoslovakia, where they were praised as heroes for not giving in to Capitalist decadence. In the early 1990s, the airline adopted its current name as the Czechoslovak Federation broke apart, selling off its Soviet assets and replacing them with more modern Western ones in the process. 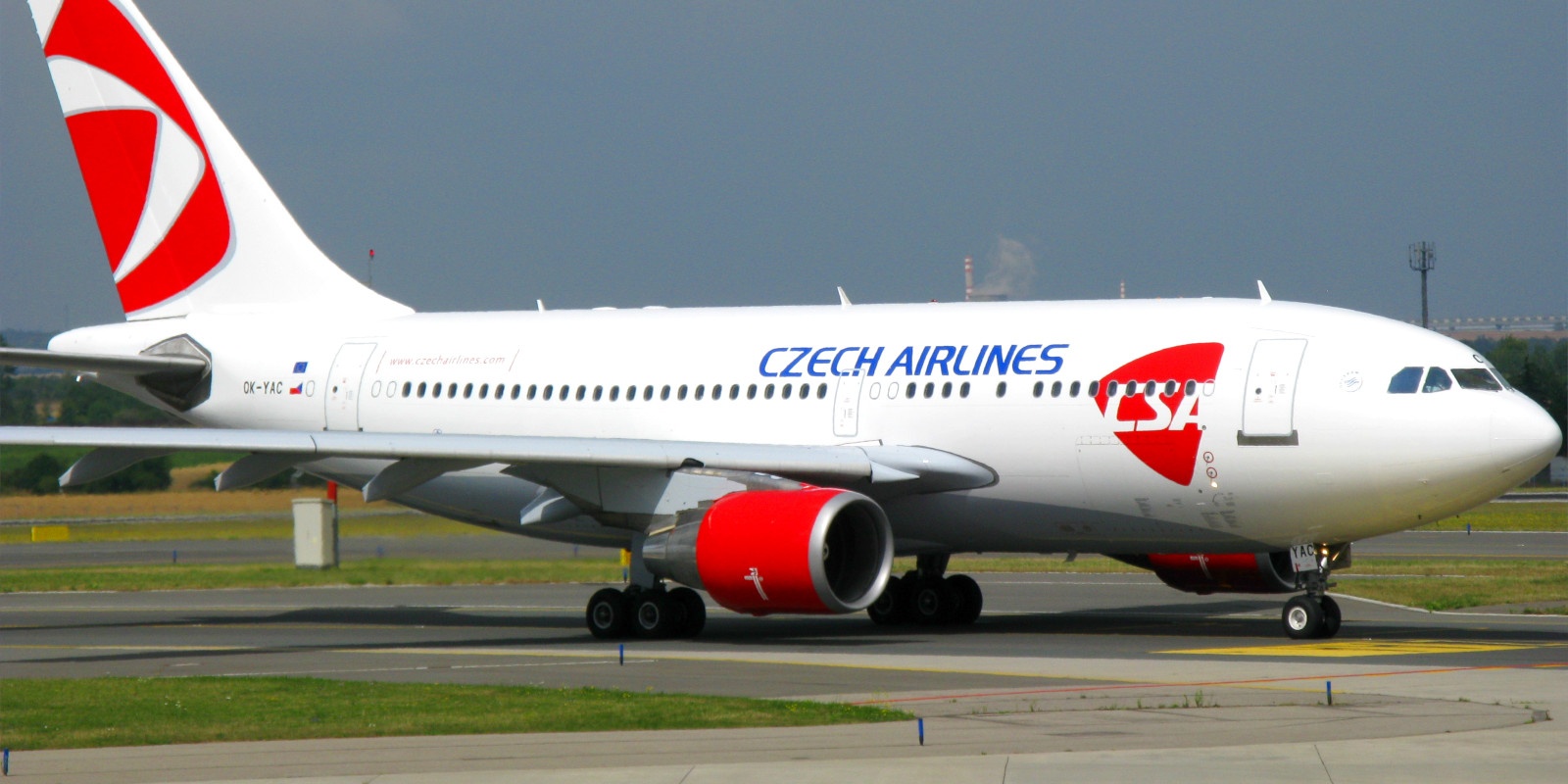 Czech Airlines returned to profitable status in for the first time in many years in 2016, after Korean Air and the Travel Service Group purchased significant shares in the company. The airline currently operates with just over 600 employees. Its fleet of 18 aircraft fly to 50 locations, varying seasonally.

Founded in Soviet-era Russia in 1923, Aeroflot was the country's national carrier as well as the largest airline in the world. Its formative years were spent transporting passengers and freight across the vast territories of the USSR. After World War II, the Soviet government underwent a massive campaign to repair the airport infrastructure lost during the Nazi invasions. By 1971, Aeroflot was operating flights internationally across five continents; although, its flights to the United States had been suspended between 1983 and 1990 by former US president Ronald Reagan toward the end of the Cold War. Shortly thereafter, the massive political upheavals of the Soviet Union resulted in the nation's dissolution. During the collapse, Aeroflot fell under the governance of modern day Russia. 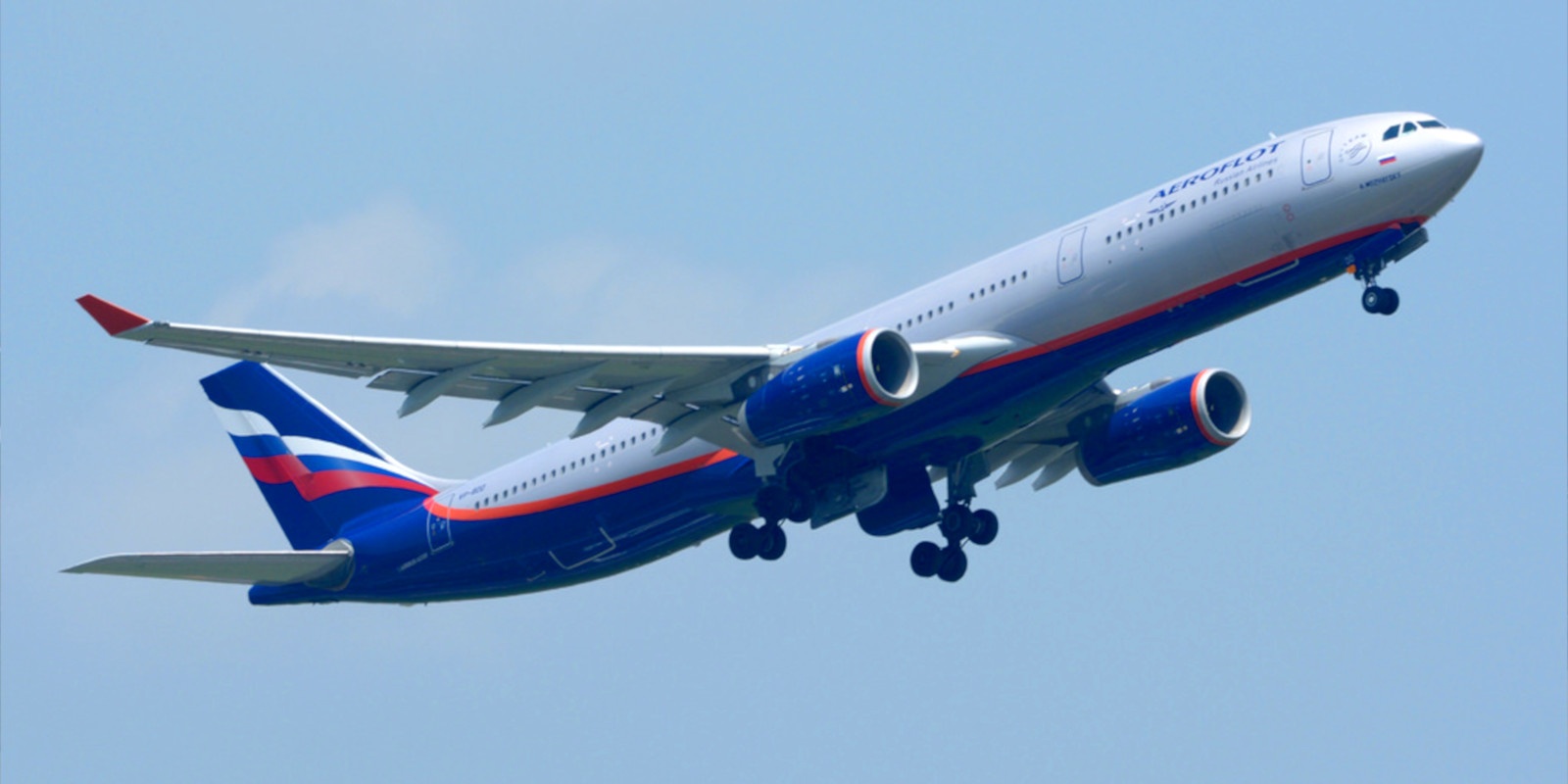 The airline has experienced political and financial turmoil in recent years. A combination of the 2014 Ukrainian Revolution and poor annual financial results caused steep drops in the company's share price. Some of Aeroflot's subsidiary companies were formally declared bankrupt as well. Despite these difficulties, this airline still employs more than 30,000 people with a fleet of 243 aircraft that travel to 129 locations.

Three men from Winton, Australia founded Qantas in 1920 with nothing more than two fragile biplanes that could transport just one or two passengers at a time. But Initially, the airline operated as a mail carrier and taxi service but evolved and diversified to provide Australia with many necessary regional services, including a fly-in house calls from doctors. Starting in 1935, Qantas began to offer international flights but it wasn't long before the battles of World War II's Eastern Front jeopardized the safety of the airline's passengers and crew. Nevertheless, the company held strong and expanded its flights and services across the globe after the war's end. In 1979, Qantas introduced the world's first business class flight aboard a Boeing 747. In 1998, it went on to co-found the Oneworld Alliance alongside several major international airlines. 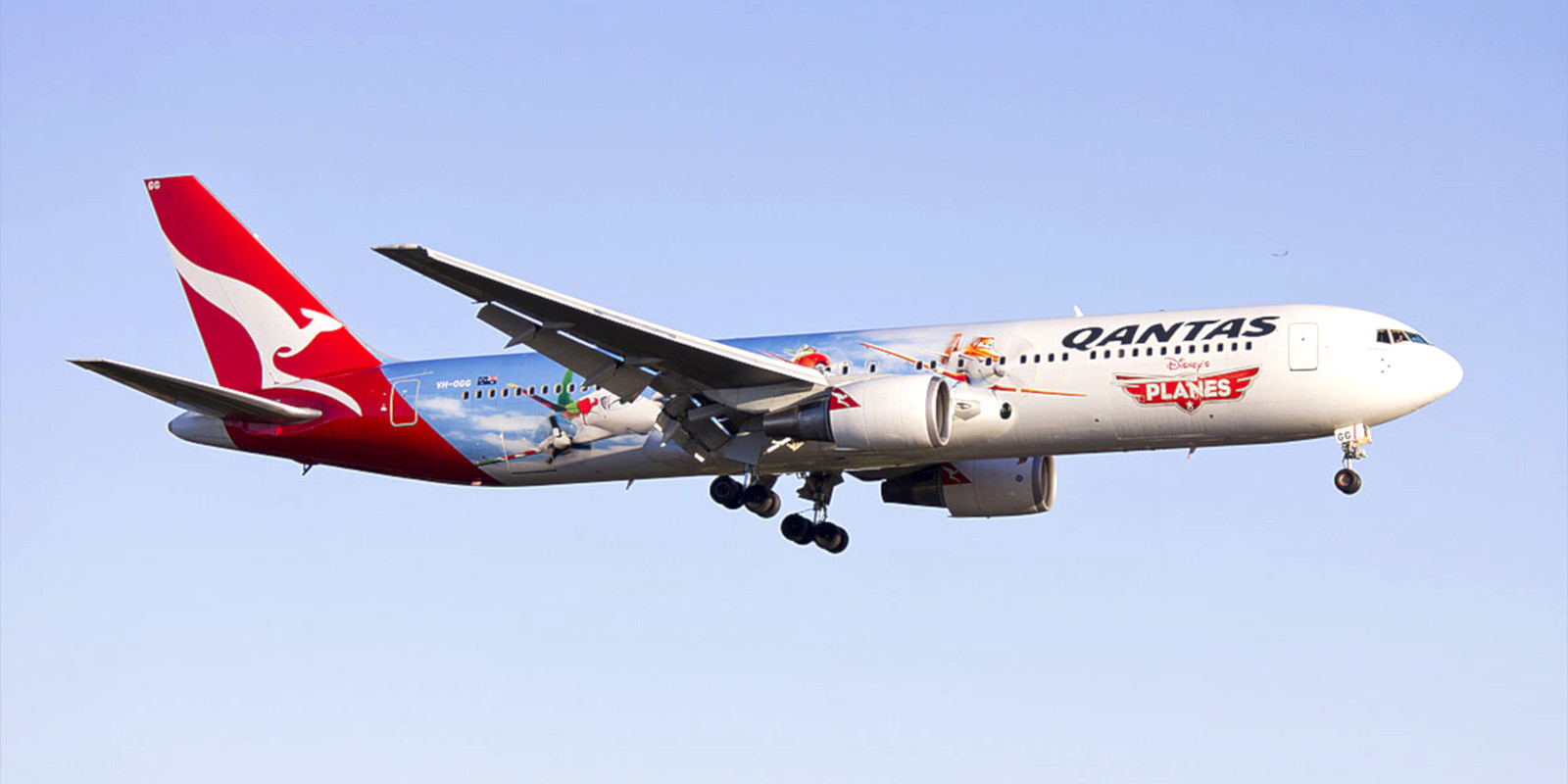 Qantas is still making history today: in March 2018, the airline reached a worldwide milestone by offering the very first non-stop commercial flight from Perth to London. The flight takes 17 hours and travels nearly 15,000 kilometers. The airline currently employs more than 26,000 employees with a fleet of 128 aircraft that fly to 85 destinations.

Originally founded as the Sociedad Colombo Alemana de Transporte Aéro (SCATDA) in 1919, Avianca is a Colombian known for being, as its original slogan states, "The First Airline of the Americas." The airline's maiden voyage was achieved in a German-made Junkers F-13 between the town of Barranquilla and nearby Puerto Colombia to transport 57 pieces of mail. With a total range of 850 kilometers, Avianca's first fleet consisted nine small aircraft that were engineered to be amphibious to properly land in a country that lacked runways but has an abundance of lakes and rivers. German philanthropic and scientific interests initially fostered the growth of the company; however, the rise of Nazism and the onset of World War II forced those German backers to completely divest in the company. 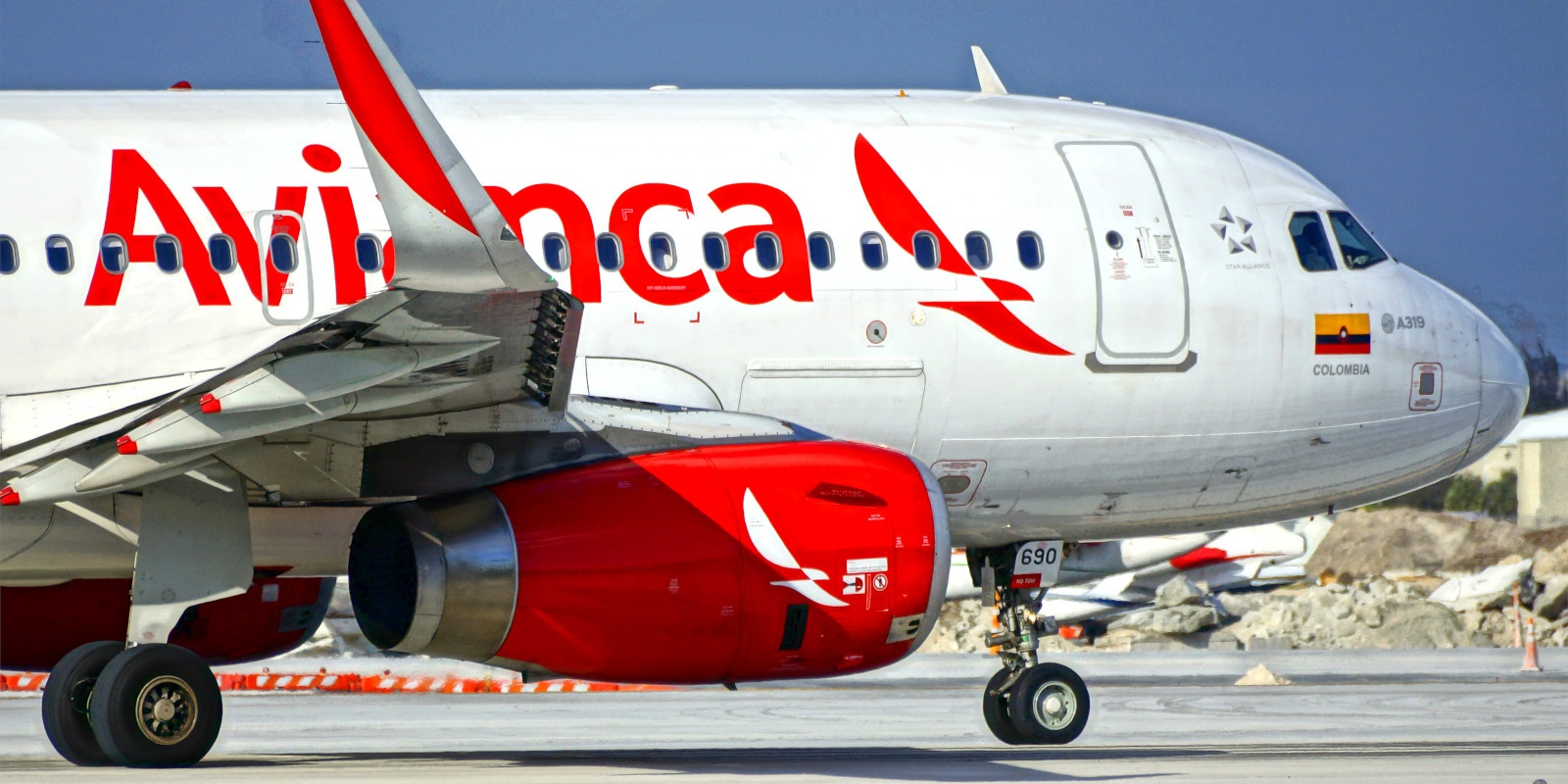 Today, Avianca is a Star Alliance member with 173 aircraft that travel to 114 destinations across North America, nearly all of South America, as well as both the United Kingdom and Spain. The company employs a staff of 19,000.

KLM, short for Koninklijke Luchtwaart Maatschappij (meaning "Royal Aviation Company" in Dutch) was founded nearly a century ago by the aviator Albert Plesman with the regal blessing of Queen Wilhelmina of the Netherlands. In addition to being one of the world's first commercial airlines, it was also the first company to successfully complete a transatlantic flight. In December 1934, KLM flew a Fokker F-XVIII, also known as "The Snip," from Amsterdam to Curaçao. With the Nazi occupation of Holland in May 1940, KLM was forced to cease its European operations, although the airline was able to provide services out of Asia and New York. After World War II had ceased in 1945, KLM immediately began rebuilding its domestic and international networks and went on to become one of the greatest airlines in European history to date. 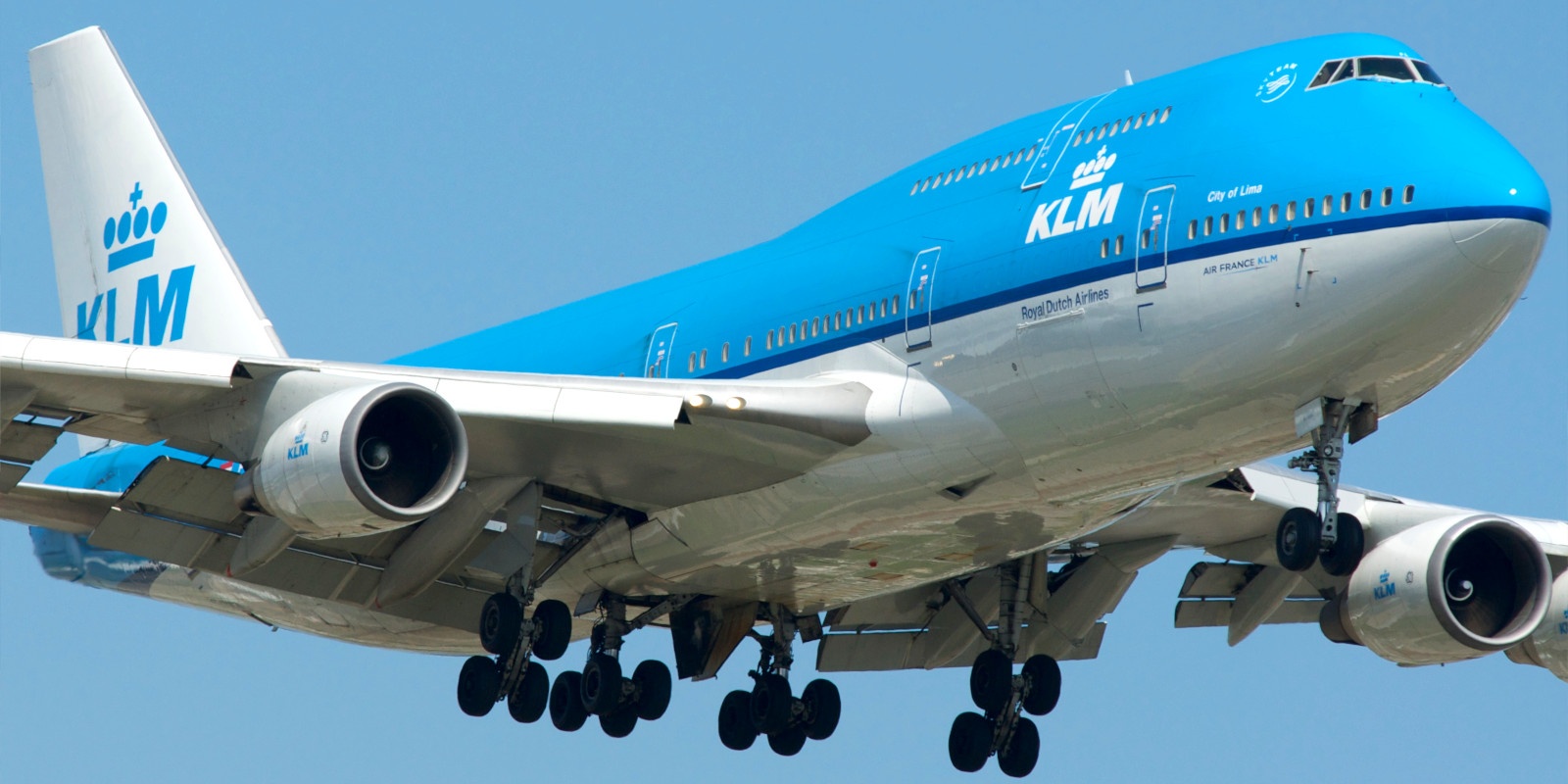 Based out of the Amsterdam Schiphol Airport (AMS), KLM and its fleet of 119 aircraft carry more than 30 million passengers to 133 destinations across five continents, all of which is facilitated by a huge staff of over 35,000 people.

Remember Where You Came from to Learn Where You're Going

Ever since the Wright brothers' first flight in 1903, aviation has taken the world by storm - the emergent industry permanently changed the course of human history. Less than 20 years after that first bi-plane lifted off, the world's first airlines were born and planes were already successfully circumnavigating the globe. Now, more than a century later, more than 39 million flights are expected to move 4.3 billion passengers worldwide by the end of 2018. Between travel options, technology, passenger experiences, and more, it will be fascinating to see where air travel soars next.

Did you miss last week's entry on some of the world's oldest airlines? No problem! You can find it in the links below, along with several other stories we've published about the industry.

How Airlines Can Provide Superb Customer Service to Their Passengers

Subscribe to our blog to stay up-to-date on InteliSys, the airline industry, aviation news and highlights, and entries like this.

The Top 10 Richest Airlines In The World

Air travelling is very popular, and since it is the quickest way to get to any destination in the...

On December 17, 1903, Orville and Wilbur Wright made history after successfully launching the ...

Update: The Top 10 Richest Airlines in the World, Part 1