7 Reasons That Iran Open Skies Will Change The Airline Industry

Iran Open Skies What Exactly Does It Mean for the Aviation Industry?

Iran Open Skies has been described by many as the biggest thing for the global economy since the Berlin Wall fell. Lifted international sanctions against Iran have the global aviation industry poised for growth and change! 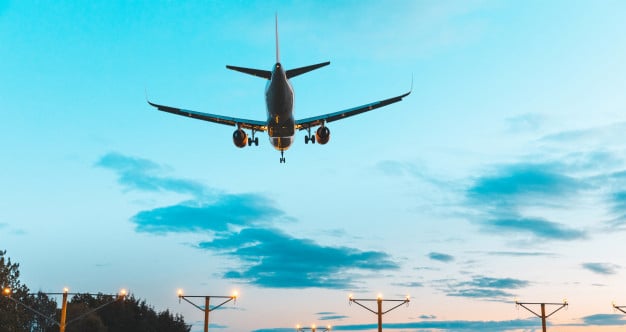 But what exactly does this mean for aviation? Well, let us tell you.

1. It Means Business for Aviation Providers

Large United States aviation providers such as Boeing and Airbus Industries are now able to sell commercial aircrafts and parts to Iranian airlines with no prohibitions.

This will be no small order, with an estimated requirement of 500 new aircrafts valued at $20 billion dollars.  Abbas Akhundi, Iran’s Minister of Roads and Urban Development predicts that the country will require at least 500 new aircrafts in the next 5 years just to restock the fleets of various Iranian airlines. Iran means business, with the first order scheduled to be delivered as early as July.

2. It Means a New Market to Expand Into

Businesses in the aviation sector now have a new market to service.

Iran Open Skies gives businesses around the world a new opportunity to invest in Iran and trade with Iran, and many have already eagerly stepped up to do so! From private equity firms to manufacturers; all types of Western businesses are racing to be among the first to tap into the Iranian market, one of the last unsaturated major economies in the world.

3. It Means Growth for Iranian Airlines

Western businesses aren’t the only ones who are excited. Airlines across Iran are gearing up for the inevitable growth that will come with the lifted sanctions of Iran Open Skies.

Iran Air, the flag bearing airline of the country has plans to expand their services into North America, Australia and Europe. They are working with Airbus on an order for 118 new aircrafts by the year 2022, which would quadruple their operational fleet in less than ten years as they compete against other carriers in the region to regain market share that was lost.

For more information visit the The Economist

The largest domestic carrier in Iran, Iran Air has seen its market share fall drastically since the early 2000s as increased competition has moved into the country. In 2000 Iran Air had 68% of the market, however last year this number had dropped all the way down to 22%. Overall, the Iranian carriers’ share of international capacity has fallen from 56% to 43% since 2010. While this isn’t the greatest news for these Iranian airlines, it highlights the opportunity for growth in the region for international carriers.

The most dramatic growth has come from the Gulf carriers, which saw their share of Iranian capacity rise from 21% in 2010 to 33% in 2015, with Turkish Airlines also thriving in the region.

The lifted sanctions mean enormous growth passenger-wise in Iran. A recent report by OAG, an aviation consultancy group based in the United Kingdom, highlights that over the past decade the market has grown at an average rate of 3% annually. The report shows that in 2015 Iran had a population of around 80 million people yet there were just over 22 million scheduled seats in, out and within Iran. To put this into perspective, Germany has a very similarly sized population to Iran and had more than 250 million seats last year. This highlights the huge growth opportunity in the Iranian airline market. IATA seconds this notion by forecasting that Iran’s market will grow to 45 million seats by the year 2034, as does Temel Kotil, CEO of Turkish Airlines, who believes that passenger numbers in Tehran could overtake Dubai within the next decade.

6. It Means Safer Flying in Iran

During the long-lasting sanctions over Iran it was illegal for Iranian airlines to purchase new aircrafts or source manufacturer-endorsed spare parts for their airplanes. This left the country’s airlines with no choice but to make use of outdated aircrafts and supplies. Because of this, Iran Air is the last airline in the world to still service a 39-year old vintage Boeing 747SP. While to many aviation enthusiasts the thought of vintage aircrafts might be very exciting, the results are terrifying; with more than 37 airplane crashes claiming upwards of 900 lives in Iran since the early 2000s.

Iran Open Skies means updated aircrafts and parts and a much safer passenger flight experience in the country!

7. It Means More Flights Into Iran

Not only will there be more outbound flights, but there will also be many more flights coming into Iran.

OAG predicts that 2016 will likely mark the first year in which international capacity exceeds domestic capacity in Iran. European carriers are also busy planning new routes that incorporate Iran. Air France plans to start services to Tehran with British Airways and many other airlines following suit. The geography of Tehran is ideal for intercontinental layovers for popular flight paths such as Europe to South-East Asia. Major airlines in the Middle East including Flydubai and Sharjah’s Air Arabia have jumped at the opportunity to service Iran, with the most popular flights going into Tehran, Mashhad, Abadan, Isfahan, Lar, and Shiraz.

Iran Open Skies will change the aviation industry, not only in the country but around the globe; impacting everyone and everything from aviation manufacturers and suppliers to passengers to international and domestic airlines.

It is an exciting time for Iran and the world, as one of the last unsaturated major economies on earth is now open for business!

Speak To One Of Our System Experts Today!

Big Data And The Travel Industry

Big Data – a term that is rising to prominence across a range of industries. Ongoing improvements...

Where does Google+ fit in the travel industry?

Where does Google+ fit in the travel industry?

Top 10 Airline Trends That You Can Expect In The Future

With continuous changes taking place in the airline industry, it’s important to know what might be...