On December 17, 1903, Orville and Wilbur Wright made history after successfully launching the world's first powered flight in Kitty Hawk, North Carolina. In the decades that followed, aviation evolved into a colossal industry worth well over $2.7 trillion dollars accounting for 3.5% of global GDP while simultaneously becoming intrinsically linked with the world's socio-economic development. 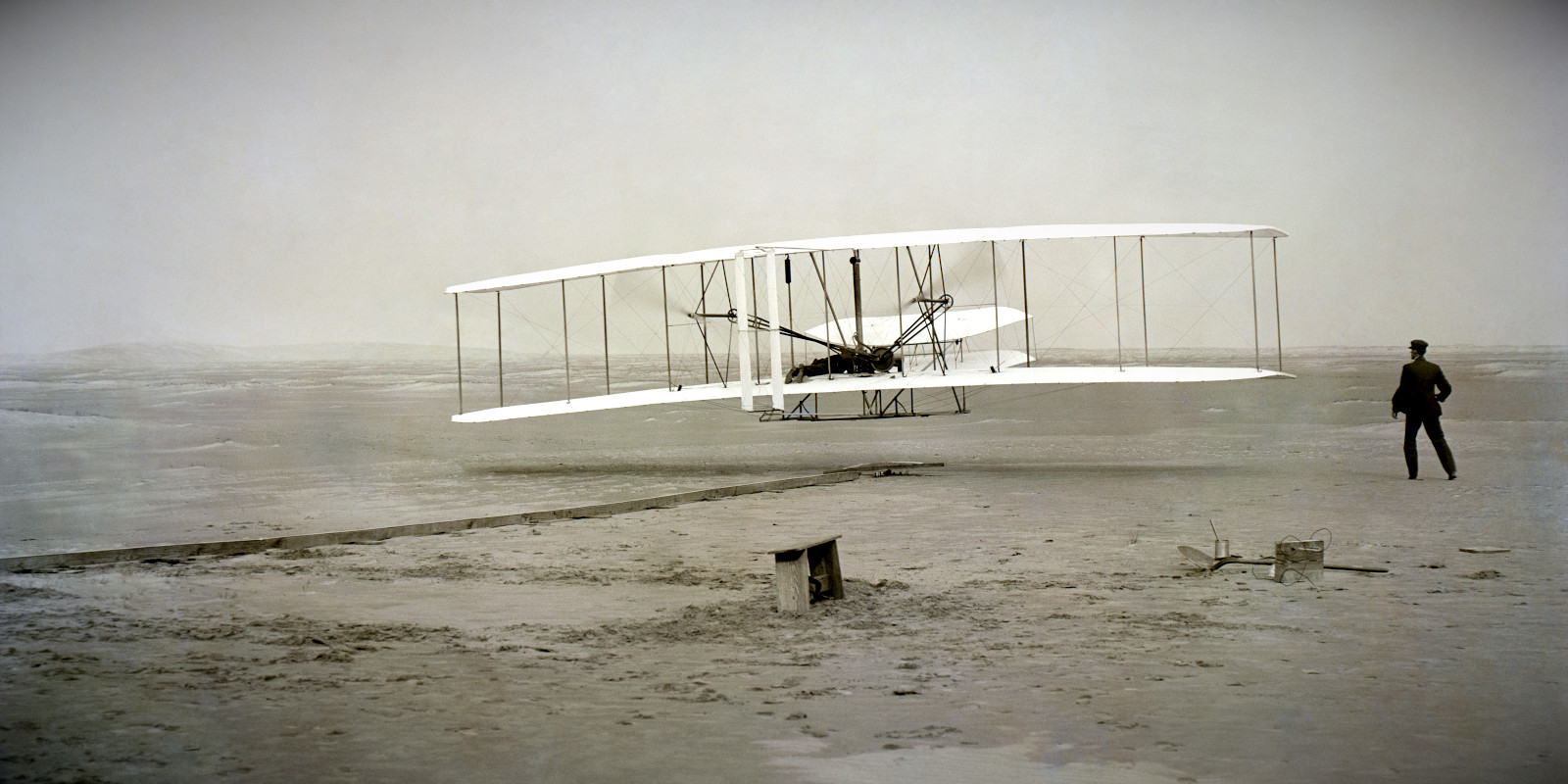 But after more than a century and millions of flights, exactly which airlines have been soaring the skies the longest and what impacts have they had in their home communities and beyond? Airlines make history every day and this week we're thrilled to bring you the first seven of the world's 14 oldest airlines that are still in operation today.

Initially, Cubana began operations as a flying school and charter carrier out of Havana, where it is still headquartered today. Regularly scheduled passenger flights followed shortly thereafter in 1930, which made it one of the earliest airlines to emerge from Latin America. In 1945, Havana hosted the International Conference on Civil Aviation. Subsequently, that led to the birth of the International Air Transport Association (IATA), of which Cubana is a founding member. After the Cuban Revolution in 1959, the airline was commandeered and restructured by the newly risen communist government, under whom it has been managed ever since. 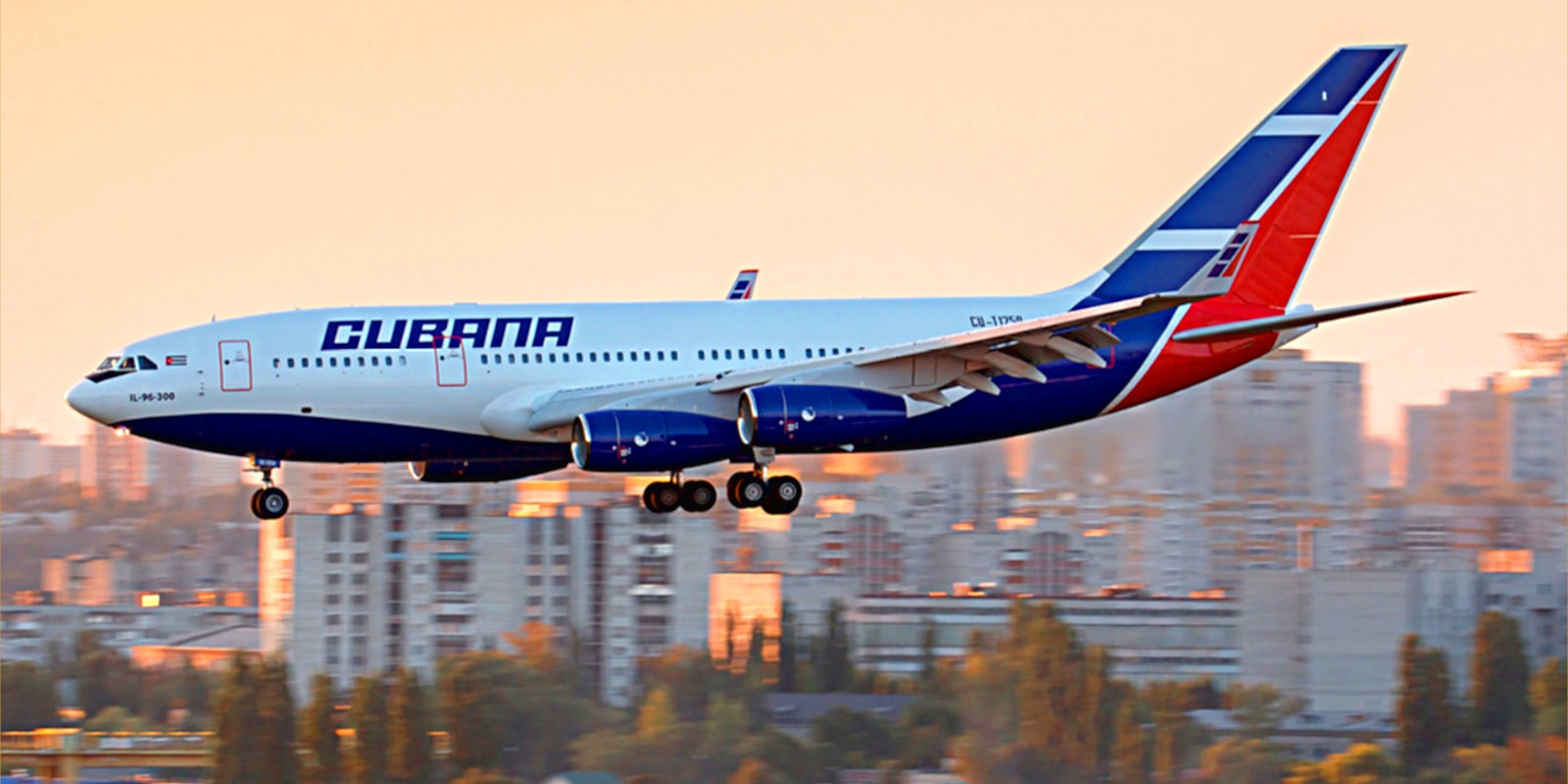 Cubana features a fleet of 14 aircraft entirely of Russian origin that fly to 20 destinations across North and South America as well as major airports in Europe, including Paris, Madrid, and Frankfurt.

The result of a 2012 merger between Brazil's TAM Airlines and Chile's LAN Airlines. Prior to the corporate union, LAN had been the primary airline of Chile and Peru since 1929 whereas the considerably younger TAM had been serving Brazil since 1976. Both airlines boasted significant contributions to aviation achievements in the southern hemisphere: In 1956, LAN made the world's first commercial flight over Antarctica and TAM had grown into the South American market leader in terms of both number of passengers and flights in a very short time, with a gargantuan 49 percent market share.

Currently, the LATAM Airlines Group is a mammoth aviation family that employs over 43,000 people across 13 subsidiaries in Argentina, Brazil, Colombia, Ecuador, Mexico, Paraguay, and Peru.

What humbly began as a small sight-seeing regional carrier, Hawaiian Airlines has grown into a major U.S. airline with a huge variety of direct flight as well as codeshare and interline agreements with partnered airlines. Hawaiian has pushed boundaries and broken records ever since its founding. Just two years after beginning operations, it already had more than 10,000 passengers. It officially began offering commercial jet services across the Pacific region by 1960 and went on to set a world record in 1979 by being the first U.S. airline to operate a flight with an entirely female crew. Starting in 1985, it began offering direct flights to Los Angeles, which put it in competition with mainland U.S. airlines for the first time in its history.

Today, Hawaiian Airlines flies 65 aircraft to 28 locations across the globe, primarily across the Unites States, East Asia, and Australia. It employs 6,600 people, as of December 2017.

Founded and based in Warsaw, LOT Polish Airlines was established by the Polish government as a state-owned corporation following the merger between the smaller airlines Aerolot and Aero, which were founded in 1922 and 1929 respectively. The airline was forced to cease operations for the duration of World War II between 1939 to 1945. Most of its aircraft were either destroyed or moved to Romania. Following the war, the airline was then alienated from the western world by Poland's post-war communist government until that regime's peaceful collapse in 1989, at which point it was able to update its fleet with more modern American aircraft. 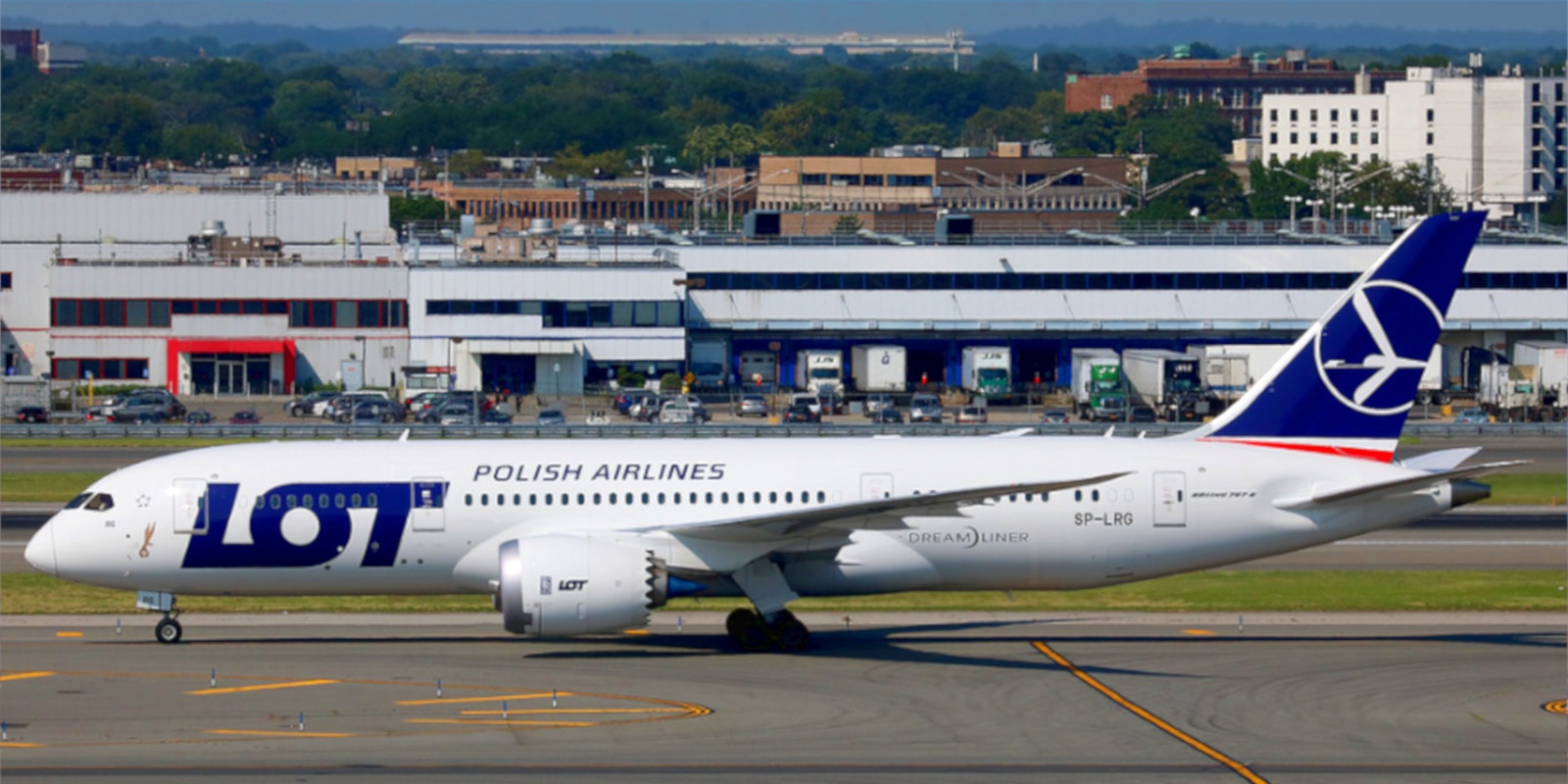 LOT now flies a fleet of 72 aircraft to more than 100 locations across Europe, North America, and Asia, primarily operating out of the Warsaw Chopin Airport (WAW).

Spain's flagship airline, Iberia, has been in operation since its maiden voyage from Madrid to Barcelona 91 years ago upon the blessing of King Alfonso XIII. As fascism rose in Europe, the airline was absorbed by the Spanish government and used as a political tool amidst political intrigue, including dictatorships as well as wars at home and abroad. From 1946 to 1971, Iberia - under the dictatorship of Francisco Franco - created routes to nearly every Latin American capital city as an attempted means of building financial and ideological support for his regime in South and Central America. Ultimately, though, it resulted in massive financial losses for Iberia.

Since the fall of fascism in Spain, Iberia has prospered immensely. In the 2000s, Iberia joined the Oneworld Alliance and reached a preliminary merger agreement with British Airways, which would create the third-largest airline in the world in terms of revenue. The company currently operates with more than 18,000 employees and a fleet of 75 aircraft that travel to over 100 locations across the world.

The origins of Air Serbia can be traced back 92 years to Belgrade. Initially known as Aeroput, the company then became Jogslovenski Aerotransport (JAT) in 1948. From this point onward, JAT's fleet expanded greatly alongside the flourishing global aviation industry; however, this golden age came to an end in the 1990s. As the former Socialist Federal Republic of Yugoslavia broke apart, air transport was forcibly halted. After facing record-breaking financial losses, an aging fleet, and a lack of investments, Etihad Airways - based out of Abu Dhabi - took a 49 percent share in the airline, thus giving it a new lease on life.

In October 2013, Etihad and the Serbian government successfully re-launched the carrier as Air Serbia. It now operates a fleet of 17 aircraft that fly to 35 destinations with a total workforce of more than 1,500 employees.

Tajik Air, formerly a division of Russian Aeroflot, brought air travel to Dushanbe, the capital of Tajikistan, two years earlier than its first cars and five years before its first trains. The civil aviation industry flourished rapidly and became an integral part of the country's socio-economic development. The region itself is covered by the rugged peaks and valleys of the Pamir Mountains and so air travel became the most effective way for residents to access outlying communities as well as the world beyond. 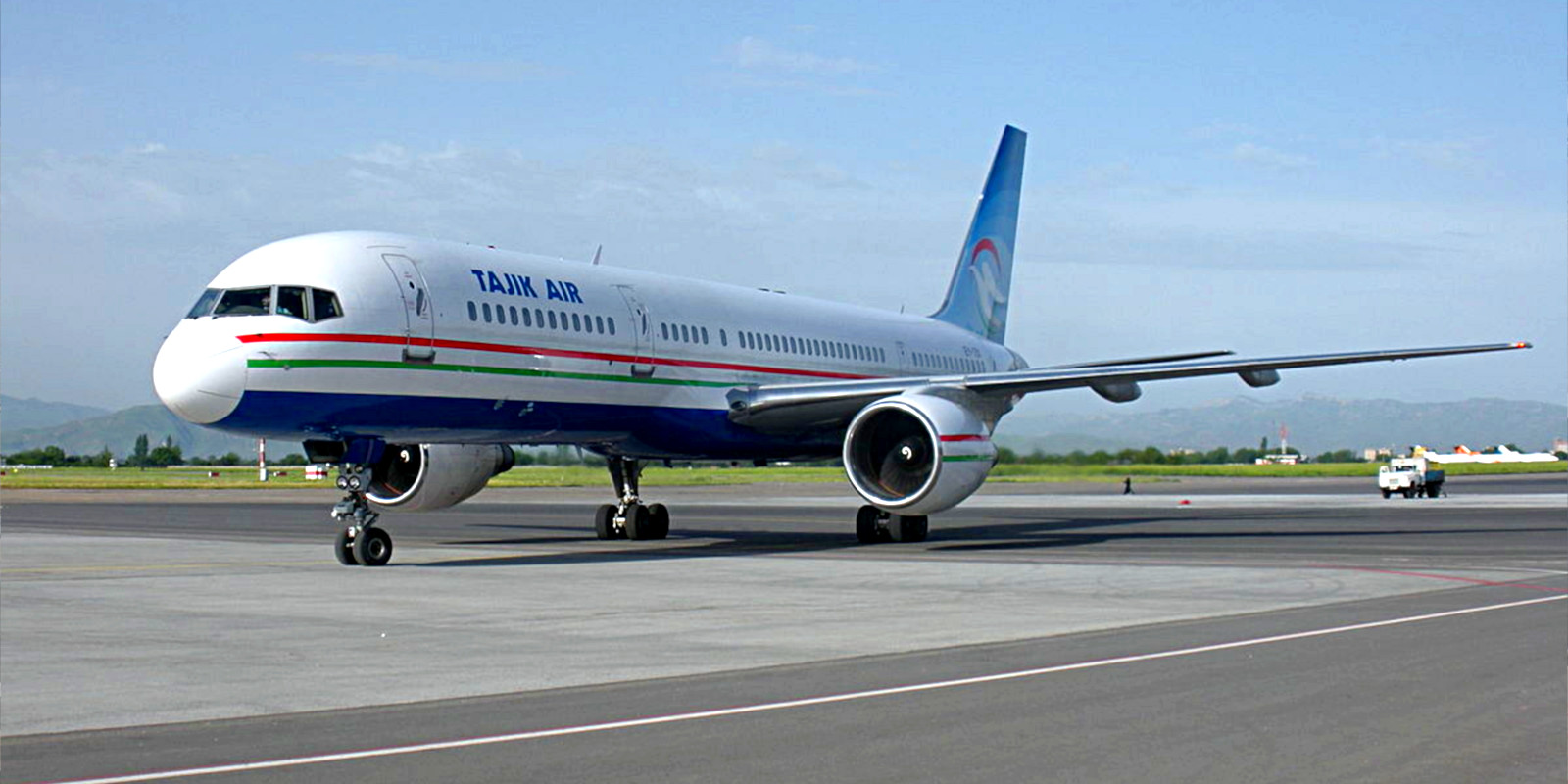 The airline's modest fleet of 14 aircraft transport thousands of passengers every year across the Central Asia Region as well as several major locations in Russia.

As we stated earlier: airlines make history every day. Whether they are connecting communities, helping transmit goods and services, being used as tools in political intrigue, or opening the door to new experiences, there's never a dull moment in aviation.

Be sure to visit us next week, when we explore the histories of the top seven oldest airlines

Check out some of these past blog entries to learn more about this fascinating industry!