InteliSys Aviation is pleased to announce that it has established a host-to-host (HTH) connection with Travelport, which will allow increased selling capabilities and reduce costs between the two systems for 45 ameliaRES airlines. The connection was officially activated on June 6, 2019 and has been running smoothly since. 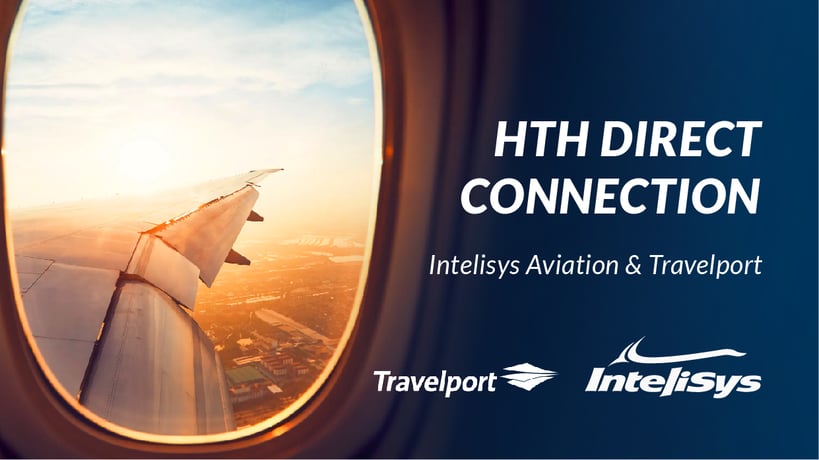 The implementation, which included a Direct Type B MQ connection with all Travelport cores for bookings and AVS messages, will save significant costs for airlines on the ameliaRES platform. Additionally, a Direct Type A connection has been established between Travelport and InteliSys for direct availability and direct sell requests, adding to the speed and reliability for InteliSys clients utilizing the Travelport GDS.

“The primary benefit to InteliSys clients will be the increase in speed and reliability of communications between the Travelport and InteliSys systems.” — Kevin Winchester, VP Engineering, InteliSys Aviation

The connection was initially established with the goal of allowing availability requests to be made to carriers hosted on InteliSys’ amelia platform. For example, a travel agent booking through Travelport will now be able to see the exact number of seats available on each flight marketed by InteliSys’ client airlines. By eliminating data transmission via third-party messaging companies, all ameliaRES airlines will see substantial savings in operating costs and the travel agency will receive a much better experience benefiting all parties.

“Travelport is committed to delivering a better customer experience and we are always looking to work with partners whose goal is the same. We are delighted to support InteliSys by leveraging our industry network to boost productivity for their airline clients as well as our agency partners,” — Jason Clarke, Chief Commercial Officer, Travel Partners, Travelport.

The raw capabilities provided by the HTH connection were already in place as InteliSys and Travelport were able to exchange messages through a third-party communications provider; however, the new connection takes this a step further, allowing messages to flow directly between Travelport and InteliSys hosting centers. As a result, message transfer speed and reliability are increased while complexity and points of failure decrease substantially.

InteliSys Aviation partners with airlines around the world, boasting the world’s first open and 100% cloud-based PSS. More than 45 airlines spread across 6 continents utilize amelia software to give their airlines scalable tools to create, test and deploy new ideas that help them speed ahead of the competition in their markets.

InteliSys Aviation’s amelia suite features greater than 99.99% system up-time, robust reporting tools, and passenger, cargo, and airport management systems that act as a critical means of connecting carriers to global audiences via their API suites and industry partnerships. InteliSys provides 24/7/365 support and caters to the specific needs of airlines of any size or business model, including low-cost, regional, and hybrid carriers as well as corporate flight operations.

You may also reach out to InteliSys directly via e-mail: info@intelisysaviation.com.

Saint John, NB – 13 May 2019 – InteliSys Aviation is thrilled to welcome Rick Saggar to its growing...

The handling of passengers in IROPS (irregular operation) situations is a challenge all airlines...